​﻿Tensile test gives valuable information about finite element analysis and some criterion on its evaluation. It should be noted that tensile test can be not only used for acquisition of flow stress but it can be also useful for evaluating accuracy of finite element simulation of metal forming processes because it is mechanically very simple, i.e., its boundary conditions are clear. Many researchers have thus studied material identification, based on the tensile test of cylindrical specimens [1-6]. However, very few researchers have simulated the tensile test with higher accuracy [6].

In this series of posts, a tensile test of SCM435 is simulated by both rigid-plastic and elastoplastic finite element methods and their predictions are compared to clarify the difference and similarity. In the simulation, the same flow stress which was obtained by the iterative approach to identifying material property using tensile test of cylindrical specimen [7]. 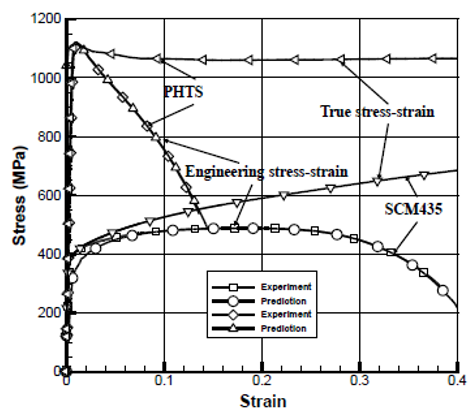 Figure 2 shows engineering stress-strain curve and its corresponding true stress-strain curve or flow stress curve. This flow stress curve was obtained from a tensile test depicted in Figure 1using an iterative method which employs large strain at the necked region before fracture [6]. Note that the characteristics of the curve lie in flow stress at large strain, for example, more than 1.5. It is usual that engineering strain at the necking point is less than 0.2 in tensile test of cylindrical specimen. However, it should be noted that the true strain just before fracture may reach over 1.5 and this fact can give flow stress at the large strain. It is also noteworthy that, as shown in Figure 1, the flow stress employed to obtain the predictions of the tensile test which are identical with the experiments in the engineering sense. 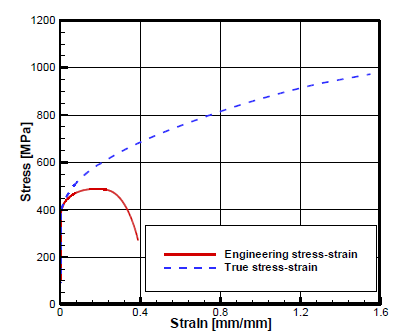 Figure 3(a) shows the predicted history of deformation of the tensile test, which were obtained

using the flow stress in Figure 1 and rigid-plastic finite element method. This simulation was accomplished by 1000 solution steps which are sufficiently small enough to neglect the numerical effect. 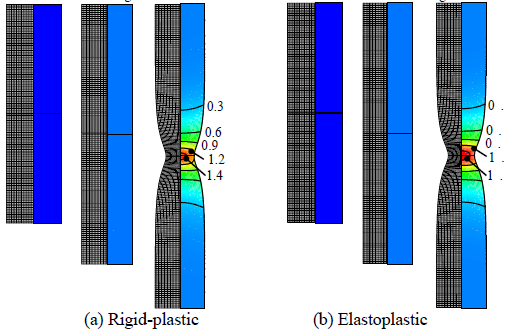 In the next week’s post, the elastoplastic predictions will be discussed in detail and the comparison would be made.

[4] MironeG.:A new model for the elastoplastic characterization and the stress-strain determination on the necking section of a tensile specimen,Int. J.Solids.Struct.41 (2004)3545-3564.